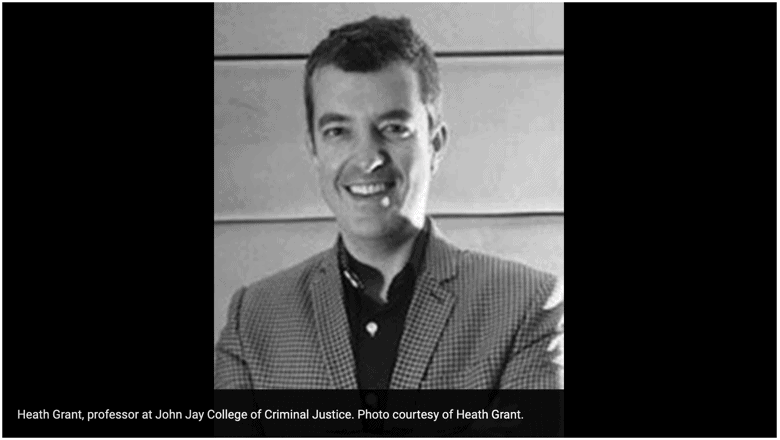 The New York Police Department is experiencing a spike in officer suicides as two more officers killed themselves last week. So far this year nine officers have taken their own lives. The concerning bump in the number of suicides — which usually sits at five per year — has elicited calls for action from city officials.

However, according to Heath Grant, a professor from the John Jay College of Criminal Justice, police suicide has always been a prevalent issue as some studies suggest that more officers die by suicide each year than in the line of duty.

Grant’s interest and concern in the issue led him to conduct his own study of a phenomenon called compassion fatigue,” which he described as stress that develops from helping others, and how it affects police.

Grant recently spoke with Straus News to talk about his study, compassion fatigue and ways to help officers at risk. Excerpts:

Can you explain what compassion fatigue is and why you wanted to study it?

Compassion fatigue traditionally been looked at in other helping professions like nursing, emergency doctors and firefighters but it was never looked at with police. Now, sometimes, they’re going into the community to help but that community doesn’t trust them, or even worse they think of [the police] as the enemy. There’s that kind of a dynamic that goes on and we just know from seeing compassion fatigue in other fields that it takes a toll over time. It’s not that we can say for sure that compassion fatigue definitely leads to suicide all the time because that research has not been done. But we can see how the link can logically be made and it’s something we need to look at much more closely.

How did you conduct your study?

We used some of the best-known validated measures that are out there to do this exploratory look. We did an anonymous survey of over a hundred officers from within New York City, New York state and Connecticut. The anonymous part is important to make sure they feel comfortable answering.

What did you find?

The interesting finding is that both in my study, and another study like it that I’ve seen, compassion fatigue wasn’t higher in the police that were studied than the general population. It was contrary to what we were expecting to see, so we said ‘wow, that’s a good thing.’ That means less burnout, less trauma among police

What are some ways to combat compassion fatigue and prevent officer suicides?

Generally, therapy can work. What that looks like is more inward reflection on the part of the officer in terms of their emotions, the day to day experience in the job, at home, and understanding that they need to manage their emotions better. Most importantly, I think in addition to traditional therapy, what works is having supportive peers or managers that can talk about your experiences regularly. I know of groups that are being developed that look promising. I will be soon going to Ottawa, Canada to look at a peer support group network.

After the initial psychological evaluation to enter the police force, are officers required to check in with a mental health professional as their career progresses?

Not really. That’s something that needs to happen. We sort of do this assessment at the beginning but then we lose track of that. It’s not really done. There maybe some departments that do that, and it would be an ideal best practice, but I don’t think it’s one that’s very common.

What’s the biggest challenge to identifying compassion fatigue in police officers and getting them the help they need?

Taking the stigma away from therapy in the profession is the biggest challenge we face. Officers think, “If I go do that I might end up on a desk job.” A lot of it stays in and I think that’s part of the problem. The culture is just not really there. I don’t mean just the NYPD, but police in general. Everything I’m saying has been well documented for decades. But it’s never been properly dealt with. As long as we can couple counseling strategies with some organizational support all the way up the chain of command that takes away stigma and encourages this kind of approach that is not traditional policing material, we have no reason to believe it wouldn’t work.

Taking the stigma away from therapy in the profession is the biggest challenge we face. Officers think, ‘If I go do that I might end up on a desk job.’